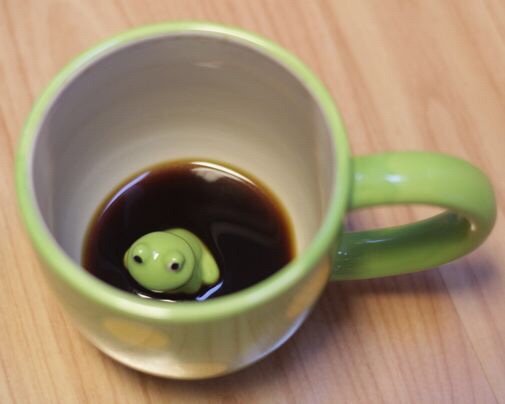 Miss Pat mostly sat but she also went upstairs every morning to make up the beds. This is when I turned the lock on the outside of my bedroom door (which tells you the kind of kid I was) and went downstairs to change the channel and watch Deputy Dawg in what I thought would be peace but was instead her beating loudly on the door and, later, my behind.

I always assumed I loved Miss Pat but see now I probably did not. I did not love her scratchy shift dresses, which resembled the kind of curtains you might see in a bank. I did not love the way she smelled like unwashed hair or how her glasses were so thick they made her eyes look tiny and far away. I did not love how she hogged the TV or blamed me once for eating an entire gallon of Neopolitan. Today I might surrender with a sheepish guilty as charged and outstretched palms, but back then I was maybe four-years old.

Miss Pat was married to Mr. Bill. In my memory, he looks like Bert from Sesame Street. Bert’s the tall, skinny one in case you get confused like me. Mr. Bill was tall and skinny with a uni-brow and not much hair on top. Miss Pat was short and fat with stick-up black hair and, come to think of it, even a cheerful, funny laugh like Ernie. Instead of pigeons, Mr. Bill loved sweet tea which Miss Pat made up in jugs and kept in our avocado green refrigerator with the Mr. Yuk sticker on the door. I remember Mr. Bill carrying a metal lunch pail at all times, though this is probably a false memory.

Pat and Bill were childless and lived in a cinderblock apartment building in town. We visited once and I remember endless rooms with strange children and toys and the overwhelming smell of cat piss, which I had never smelled before. This might also be a false memory or fever dream. Pat’s sister Donna had a house outside town with crumbling front steps and a mug with a ceramic frog at the bottom that you didn’t know was there until you were halfway through your drink. Donna and Pat watched and snickered as those beady eyes scared and then thrilled me. It was an excellent prank.

My dad remarried. Miss Pat was let go. We moved hours away to another part of the state. One spring my grandmother looked up Miss Pat and we met her at the grand opening of a mall not far from where I used to live. I had my picture taken next to Sylvester the cat holding a bouquet of balloons. Miss Pat was not in the picture, but I don’t know where it is anyway. I never saw Miss Pat again. I forget how my dad found out she died from ovarian cancer a few years later. It made me sad to think about Mr. Bill missing her. Who would make his sweet tea?

Some things I did love about Miss Pat: she called me Kristy. She had a friend who told me thunder was the sound of angels bowling, even if I couldn’t quite picture my mom in angel wings and bowling shoes. Miss Pat didn’t get bent out of shape when I did things like stuff raisins in my favorite matchbox car and pretend one was the driver and the other his dog. When Miss Pat drove to the Pantry Pride and the bank, we both sat in the front with the windows rolled down, our sweaty thighs glued to vinyl seats and hair blowing free as the wind. 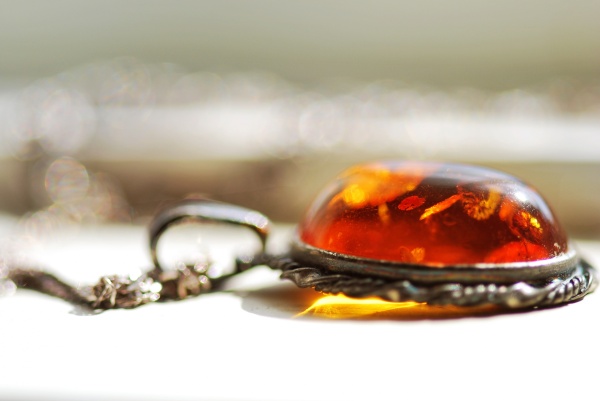 When I first mentioned that I might be going to Lithuania with my 91-year old grandmother, my husband thought for a moment and said “don’t come back with any more amber.”

Like a person told not to think about a white polar bear and only able to do so, immediately I  pictured a chair with smooth, gleaming lines of bubbled translucent gold. There would be at least one fearsome bug preserved within. Even though it would not be feasible to check an amber chair on an international flight, let alone procure and afford one molded from the prehistoric resin of long extinct trees, I could not stop myself from thinking about it.

I have taken amber for granted most of my life. I have never paid for it (nor stolen it), though possess so much I sometimes discover amber rings or broaches in random drawers. Most of it was passed down from Baltic-raised relatives, though at least one piece, ironically, is from the same husband who forbade me to buy more. (Maybe he wants to buy it for me? Probably.)

I own hand crafted “lucky” amber earrings with darker stones of varying size. I wear these on special or difficult occasions, though recently noticed several of the smaller pieces are missing. This means random bits of luck have fallen out and been ground into dust. I have amber rings I can’t wear because they were made for slimmer fingers and bold necklaces that should never come back into fashion. It is not a particularly valuable or sought after gem, but still my eye is drawn every single time to the only amber jewelry in craft stalls or hippie head shops. Amber steeps in my blood.

International treasure hunters still search for the Amber Room. It’s easy to lose a few lucky stones from a pair of earrings, but imagine misplacing an entire room made of amber, worth about $500 million today. A Prussian King gifted it to a Russian Tsar in 1716 and it was embellished and added to over the years. In 1941, Nazi troops looted Catherine Palace and disassembled the Amber Room, packing it into 27 crates. These crates were last seen in Konigsberg in 1945. Maybe the crates were destroyed in the firebombing of Konigsberg. Maybe not. I do not think even the Amber Room contained a chair made of solid amber.

I am planning to travel to Lithuania in August with my 91-year old grandmother and my father. We plan to visit the village where my mother was born and hopefully the pine forest my grandmother swore was so clean she would lie down for a nap and not have to brush herself off afterwards. I feel like an eight-year old a month before Christmas, equal parts excited and terrified the big day will never come.

The last time my grandmother proposed this trip, I didn’t take it seriously and got pregnant within the year. I could not take a baby and young child on such an adventure, nor could I leave them behind. Also, my grandmother was too old, we thought. We never thought “let’s wait 10 more years so she’s even older” but that’s what we did. She told me if she doesn’t at least try to make this trip, she’ll be really, really sad. As I looked at her old, unstamped passport and the application for a new one, I saw a path laid out so clear there was nothing left to do but start following it.

This trip is a treasure within reach but never guaranteed. A lot can go wrong any given day, exponentially more when one traveler is a nonagenarian. It will not be an easy trip (I have never thought this). Still, we see this as a chance to do something we will never be able to do again with people who won’t always be around. If we make it, how can I not bring home at least one amber-encrusted souvenir spoon or paperweight with a perpetually stunned wasp inside?