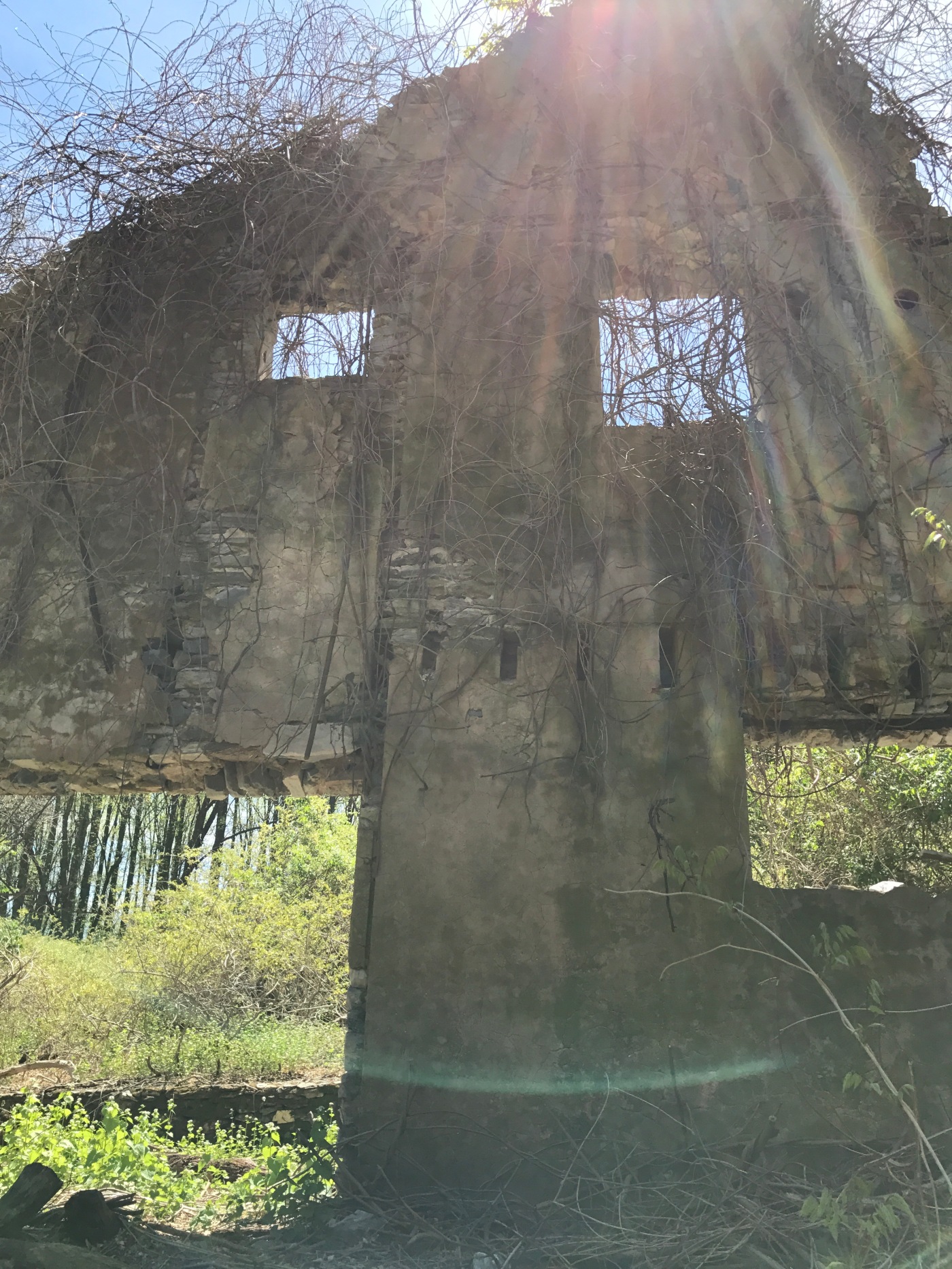 The first and only time I went horseback riding, I got saddled (har-har) with a lackadaisical mule prone to biting. The rest of my girl scout troop got so far ahead on their horses the leader kept having to circle back to find me. Once I finally caught up, my mule sunk his teeth into the flank of another girl’s horse, sending it and her through a thicket of brambles. The girl got all scratched up and started to cry. One time this same girl had said to me “I’m glad your mother died” so I was mostly glad it happened to her and not me. Kids and horses can be so cruel.

Although my mule moseyed along the entire trail ride, he broke into an uphill sprint once we rounded the last bend and his water trough was in sight. Little fucker had been holding out and I can tell you I never brushed my Barbie horse’s mane as gently after that day.

The reason I thought of that horse today is  because of motivation. He couldn’t be bothered to move without the promise of reward. Yesterday my youngest daughter, Audrey, and I had the day to ourselves so I gave her a few choices and naturally she picked going for a walk in the woods with sandwiches. Well, I don’t mean sandwiches walked alongside us, though how cute would that be? We combined our three favorite things: snacks, the potential though unlikelihood of getting lost, and also snacks. Typing snacks out twice reminded me how similar and different that word is from snakes. But more on those in a bit.

Once we parked in the trail lot, I let Audrey pick which way we’d go. She chose a trail we’d never taken before and then another that took us across a road onto a public two-mile trail along the outskirts of a private summer camp. The camp named it Hog’s Hollow Trail after an old farm they found on site with pigsties still intact. The trailhead map advertised points of interest like Bergdoll Estate Ruins and Unc’s Woods and I got so excited I forgot all about the sandwiches.

Not even a quarter mile in, we struck gold. I think we found the Bergdoll Estate ruins, or what was left after time and wisteria took over. Someone had come out recently and cut a lot of vines. We saw portions of stone walls and a series of buildings, some razed and others more intact. In the distance we saw the outwall of a building we couldn’t have walked away from if we’d tried. 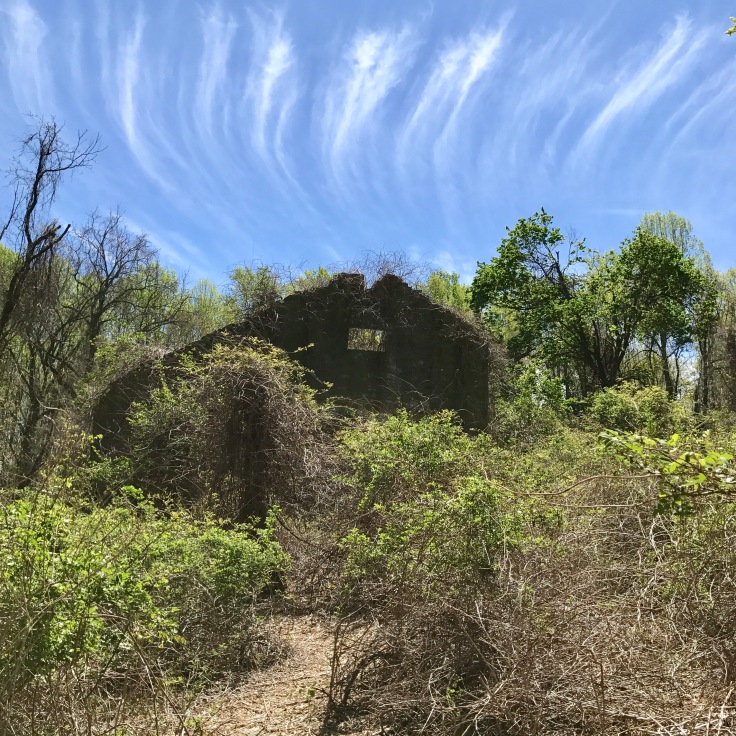 When we got to the big wall and crossed behind, we found it wide open, the roof long gone. This was where we both noticed a distinctly bad smell. It was probably just animal poop, but I think of it now as a warning neither one of us heeded.

The space inside was overgrown with vines and brush. Audrey saw an odd shaped stick poking out in the center and wanted to get closer because she was definitely not switched at birth. I was about 10 feet away taking pictures when I heard her matter-of-factly say “There’s a snake.” This is the same kid who froze minutes earlier over the sight of a passing bee, so I was more surprised than concerned. I couldn’t see a snake from where I was standing so I said “Well just come back the way you came” and she said “That is the way I came” and then her face and voice kind of crumbled.

I ran through the options quickly in my head.  1) panic and flee (but leave behind a sandwich) 2) find a good snake flinging stick 3) tramp down the brush from the other side so she could escape.

I started with 3) and the heavens rewarded solid decision-making by causing the snake to slither away in the opposite direction so Audrey could walk out the way she came. I didn’t get a picture but googled and decided it was a red corn snake. I pulled it up on my phone and pretend read aloud “Non-poisonous though capable of ingesting children up to age nine”. Audrey fell for it at first but by that time we were safely back on the trail and had a good laugh. We both watched where we were walking for the rest of the hike.

It turns out those ruins were the highlight of the trail. There was a cool log we had to maneuver to cross a stream, plus the trail veered off down a steep riverbank, but we didn’t see any more ruins. The map promised more so we either missed them or they’re covered in wisteria. Don’t worry, we’ll go back.

I looked into the Bergdoll Estate and found a fascinating story about a playboy draft dodger-cum-fugitive who escaped capture by luring police with the promise of buried treasure and then slipped out a window and fled to Germany, where he started a family. Who knows why but Grover Cleveland Bergdoll later turned himself in and served eight years in prison before settling on his family farm on what is now wisteria and snake country. He later divorced his wife, moved to Virginia, went mad and spent his remaining years in a mental institution. I am not even making any of this up.