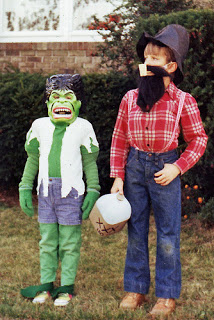 At Pioneer Camp, we dipped candles and churned butter and made salad from day lillies. In the root cellar of a 200 year old mansion, we dribbled red wax at the V of an envelope and eased a stamp into it to form our own seals. I also blindfolded Gigi Dixon and sent her tumbling down a scrubby hill, so it wasn’t all bad. I’ll never forget how perplexed she looked climbing back up with all those briars and brambles in her hair.

I’m pretty sure that was the same day  another girl and I had been squabbling over something (candles? stamps? whether or not one should actually eat day lillies??) when prissy Gigi admonished us with a “If you don’t have anything nice to say, don’t say anything at all.” The counselor smiled and patted her head so that her perfectly curled pigtails shook like they were snickering. I seethed and noticed the strips of torn bedsheet we’d just dyed with boiled elderberry would make perfect blindfolds.

There was also the great bookbag fight of ’81 – which I totally won because a  Strawberry Shortcake bookbag weighted with matching lunchbox wins everytime against someone who buys lunch – plus that unfortunate phase in middle school where I pushed friends into trees. Do I need to go back as far as the biting episodes in nursery school or doesn’t everyone go through that?

Anger and I are old friends, though I thought I lost him around the time I discovered alcohol, which seeped into and soothed the jagged cracks of my psyche. After alcohol came cookies. God bless the cookies.

The thing about addicts is we’re always addicted to something. Alcohol, cookies, blindfold tricks and bookbag fights…even Recovery. We’re hooked on the thrill of altered states, and the more painful the better! Anything to take the edge off excruciating boredom and loneliness and the dreaded feeling that yep, maybe this is all there is. And so the next bandaid gets ripped off and the festering wound underneath gives us something new to focus on. If I don’t wind up a perfect human being by this time next year, I’m going to be really angry.

Just kidding. But I have been addressing old issues with sugar and last week I felt terrific and this week I’m looking for things to use as blindfolds. Writing is a nice release. Phew. I feel much better. Thanks for reading.

All the grand and great-grand children gather at my grandmother’s house. This hasn’t happened since, oh, so long ago that one of the kids wasn’t even born yet. Family math is complicated.

I keep thinking our visit is like a tornado, though not like the burst pipe and busted hot water heater that recently tore through her house. After we eat, I wash plates and glasses and move on to pick potato chip crumbs out of her kitchen carpet (carpet! in a kitchen!) and she shuffles behind and tells me to stop, that it will give her something to do this week. She keeps old messages on her answering machine and I wonder if crumbs on the floor are like that. Like, at any minute the party might start again.

On the phone later, my grandmother tells me she has to go out and break down the pizza boxes we put out by the garbage or the truck won’t take them. I picture her tottering at the curb with a tiny pair of sewing scissors – the only ones I ever seem to​ be able to find – and consider hanging up and driving hours to do it for her. Tomorrow she will vacuum the kitchen, she says. Or maybe this weekend.

It definitely won’t be tomorrow because tomorrow she has someone coming to look at a recliner chair she has been trying to give away. People hear free recliner and get excited, but I bet they don’t even know recliners were made back then. It’s even older than the console television set she’s hoping the recliner person also hauls away for her. I have a hard time imagining two burly men hoisting it above their shins.

My grandmother tells me they bought the TV in the early 70s after my parents bought theirs and she had to have one. She said they went to Luskins but my grandfather balked at the price, so she said it was her money too, even if she didn’t have quite enough of it. She said the fellas at Luskins didn’t give credit accounts to women back then, so she talked them into some kind of deal on paper and went home with her TV and stopped by with cash after work a few times. I have no idea how she got it home, but it’s only moved once since then and probably thought it was done.

About ten years ago, it started taking longer for the picture to appear. You’d turn the set on and see black or purple, maybe a zig-zag of rainbow at the edge of the screen, and my grandmother would say you just wait a minute. You’d wait a few minutes and get bored and put the kettle on and when you’d come back, Dynasty would be on the screen on some channel that probably didn’t even exist.

About five years ago, the picture stopped coming in at all, though the sound still worked. That poor old TV went blind and must have felt us scooting her across the room to a dim corner but thankfully never saw the wobbly Walmart flat screen that took her spot. Maybe the console set egged my 2 year-old nephew to pick up a cane and swing wildly in that direction. It’s possible.

When we all leave my grandmother’s house, we leave at once. It’s always like that. We finish our last minute tasks – my brother puts in a storm window, I check her smoke detector batteries – and depart in a parade of waves and honks until she turns to a tiny speck in the rearview mirror and disappears.

I feel guilty stopping at the reservoir a mile from her house, but the draw is stronger than guilt or desire to get home. The sun is setting and there are a handful of men fishing solo or in pairs. My girls and I walk a short path in the woods to get a better look and some pictures.

When I talk to my grandmother on the phone two days later, I expect her to sound as exhausted as I still feel. Instead she sounds alert, invigorated. This, in fact, is when she tells me her plans to get rid of the bulky recliner and console and pizza boxes. I picture her hoisting them onto her back and dragging them into the distance until they turn to specks and disappear.