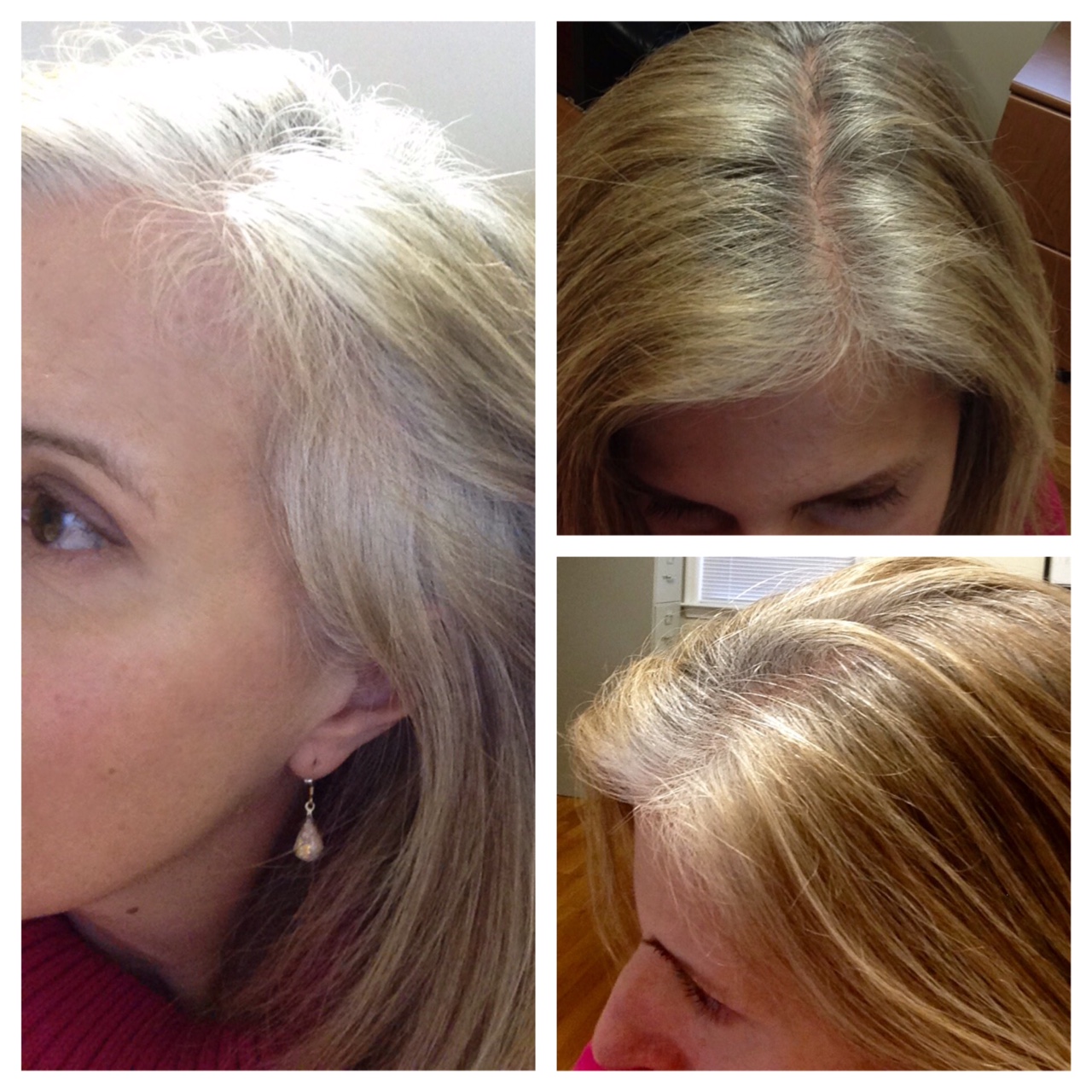 It’s been about 3 months since I last covered my gray. I look in the mirror and feel excited by the white shining at the top and temples. It’s my brightness. I kick myself a little for ever covering it up.

I search terms like how long does it take to grow out gray hair and pour over posts by pioneers in the gray revolution, especially those with pictures. I check books out of the library on going gray. There are only three, so this doesn’t take long.

I feel like it’s going to take forever. I get a little worried about what’s ahead. I see the still relatively small strip of new growth versus old color that looks brassy and fake or blonde and fun, depending on my mood. I don’t miss my old color, probably because it wasn’t really mine. But sometimes I miss the way it allowed me to blend in.

This excitement and anticipation feels awfully familiar. So does the impatience and fear and feeling like I’m driving on the wrong side of the road.

It turns out that getting sober was a great primer on how to go gray.

I jumped into both headfirst, not realizing how gradual and slow the process would be. Fortunately, the early signs of progress were/are rewarding and motivating. I already learned that nothing ever goes as expected. I’m still learning patience. Going gray should help a lot.

It is normal to question why I’m doing this. Swimming upstream isn’t easy, especially when you’re only 1/8 of the way there. How will gray hair look at the beach in August? has become my new How will I have fun at the beach without beer?

I worry (unnecessarily) what other people think about my decision. Some probably are staring at my roots and wondering what the hell, but most aren’t thinking about me at all. Same with drinking or not drinking.

Some people do have an opinion and won’t understand why I’m doing this. I’ve met women who wouldn’t dream of skipping hair color but never wear makeup, which I feel naked without. Now, choosing not to drink can literally be a life and death issue, so I’m not comparing it with a cosmetic decision. I do know from experience that I can’t always explain my decisions or beliefs in a way that makes sense to others. The good news is I don’t have to.

I’m hyper-aware of what others around me are doing, but this will pass. In the early days of not drinking, I could tell you who drank what, though not necessarily how much unless it was a lot. I sensed a kindred soul in those, though now feel the same affection towards abstainers. I also notice every silver head in a crowd. They are shining beacons of hope.

There’s more than one way to skin a cat. When I read a blog the other day recommending pretty headbands and temporary hair paints and powders to camouflage new gray, I thought why on earth would I want to hide anymore? Some people go cold turkey, and more power to them too. Maybe one of those approaches will appeal in a few months. Options are probably the best thing to have.

I’ll save soooo much money. I’m probably going to put it towards an island made of chocolate. It’ll have to be somewhere cold and I don’t really like the cold, so there are kinks to work out. With all the money I’ve saved on beer and now salon visits, I’d better hurry up.